On January 3rd the 3.5m high tide at 9.35am was further amplified by a brisk onshore northerly. This is a change from the prevailing westerly, so the waves were breaking onshore at quite a different angle to usual. 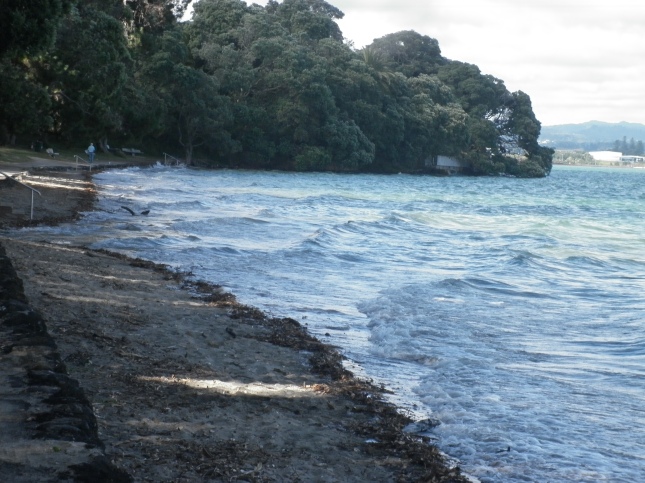 Waves approaching the shore from the north, rather than the west at Pt Chevalier beach

On January the 4th, the tide was even higher (3.6m) and the northerly was even stronger during high tide at 10.27am. Waves are hitting the small sea wall and pavement that are situated where a row of sand dunes would have been before the beach was modified. Sand dunes absorb the energy of dissipating waves, whereas hard structures reflect it back. 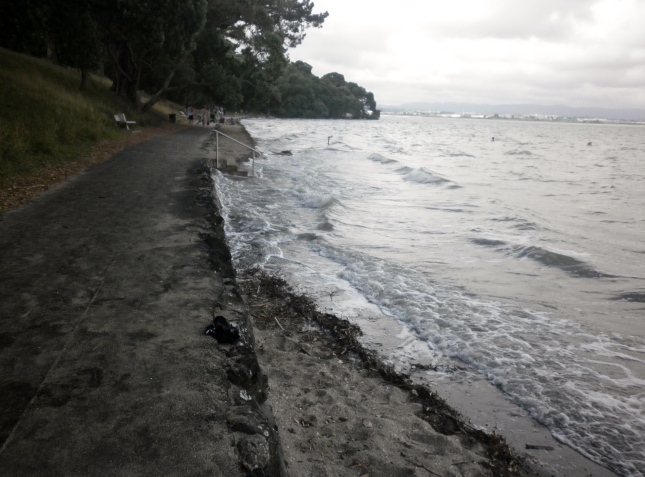 Wave energy is being reflected back into oncoming waves. This is how sand is eroded from the area in front of a hard structure.

Waves bouncing off a hard structure – if there is enough energy, sand is entrained and moved away