The photos in my beach visits collection indicate that on Sunday January 12th and Monday January 13th I attended Point Chevalier beach in the early afternoon. I can’t remember this at all. If it wasn’t for the photos I wouldn’t be giving those swims – or those days – a second thought.

It appears that the weather was unsettled on both days, but that the second day was sunnier.

It appears that I managed to get to the beach in time for High Tide on the 12th, but didn’t quite make it until just after high tide on the 13th.

I would have been by myself on both of those days because my (then) recently acquired love interest and beach companion did not ever attend Point Chevalier beach with me even though it was nearby, and one of the better beaches in central Auckland. 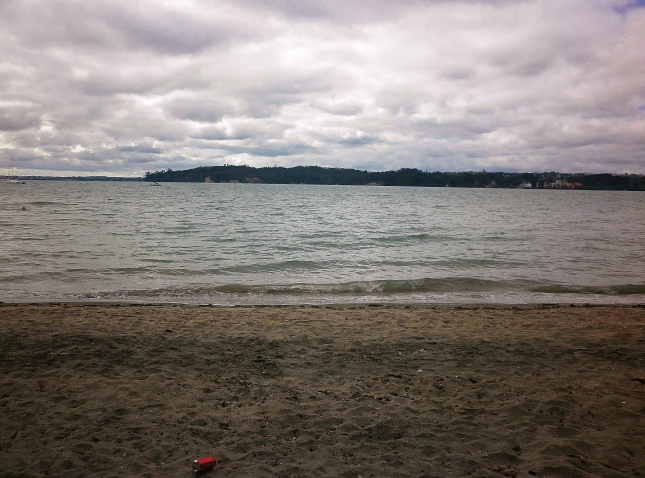 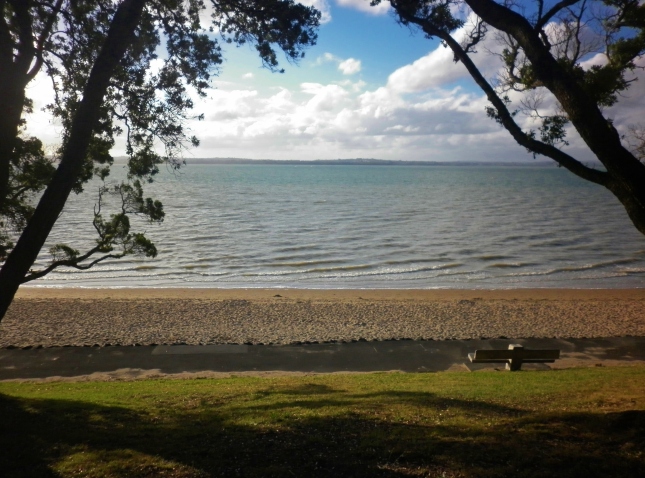 A sunny but probably windy day at Point Chevalier beach on Monday 13th ‎January ‎2014. The strip of smooth sand indicates that the tide is on its way out. 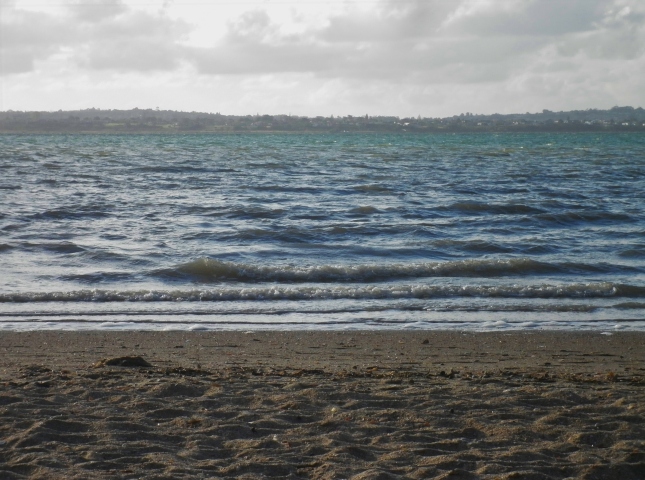