High tide in Auckland was 12.22pm on January 22 2014 according to a handy tide chart. And according to my collection of photographs, I visited Point Chevalier beach on this day. It looks as though I arrived just after the full tide because the high tide mark is about a metre above the water level in the pictures. 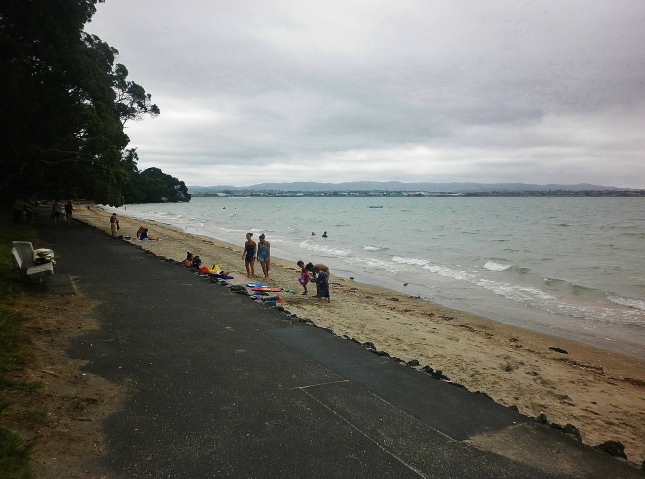 Grey sky and white water indicate that this is another unpleasant summer day with a strong (and possibly slightly bracing) wind coming in at pace, perhaps from the north rather than the usual westerly. This is evident in the angle of the waves as they reach the shore.

What I do remember from these January swims at Pt Chev beach is that the wind itself isn’t particularly cold, but when combined covering of salt water on bare skin the result is somewhat chilly. 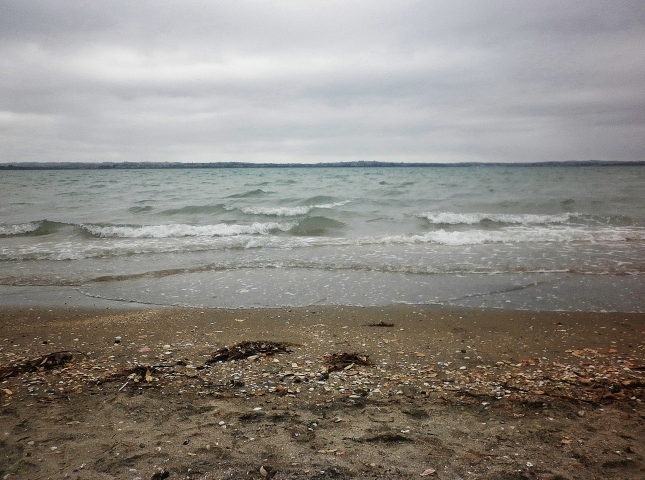 Most likely I visited the beach alone. Perhaps I was slightly hungover as my alcohol intake had recently increased due to the courtship scenario. A swim in such circumstances is a good way of clearing the head. Could do with a good ocean swim right now to clear the debris of that doomed relationship out of my system but the weather still isn’t warm enough.