There wasn’t a swim on Saturday the 28th of December, due to a previous commitment as already recorded. And the swim on the 29th was noted in a previous post, written yesterday, as it occurred. Which means I briefly entered the present before it was time.

So, anyway, now it is the present. There should be a thunderclap as though I’m breaking the speed of sound. My father did this many years ago, and he said it was a shaky experience. Time travel would occur if the speed of light was exceeded as you would arrive at your destination before you had departed.

Just over two weeks of swimming has been relayed, serving as a good distraction from thinking about things I don’t want to think about. The last two weeks also included that sneaky sleight of hand commonly known as Christmas. Finally, today is about today. The fun begins. Well, the swim today hasn’t yet occurred. It is still going to occur sometime in the future. This is because the tide is not high for another 21 minutes. I’d best go and get togged up.

Well, the strong westerly was still keeping potential beachgoers away. Plus some light rain. But… there was sunshine! And… the water was fabulous. These grey days are great for swimming as the water is usually surprisingly warm. Inertia (and rain) almost prevented this swim but thankfully these forces were overcome. The high tide was relatively high, possibly helped by the strong wind generating relatively large waves at times. 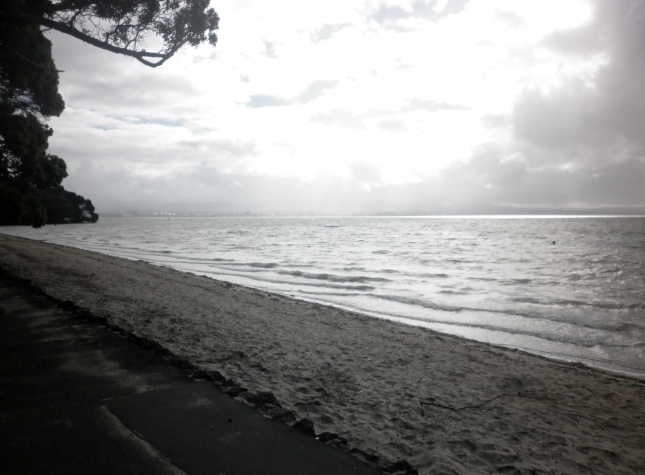 There were not many swimmers at the south end of the beach, but quite a few in the north, down the stairs from Coyle Park. 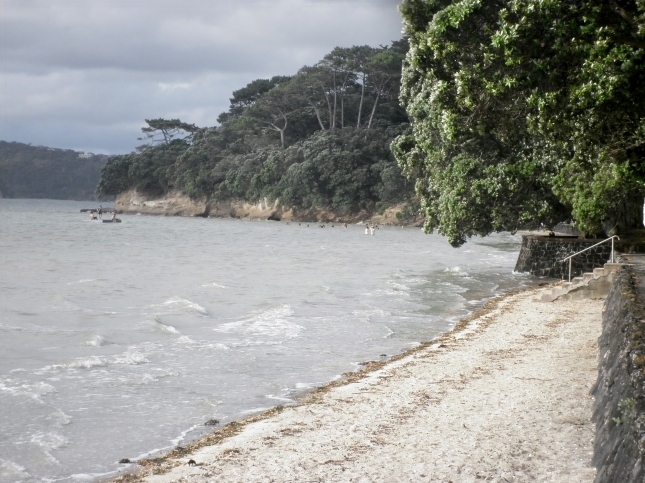